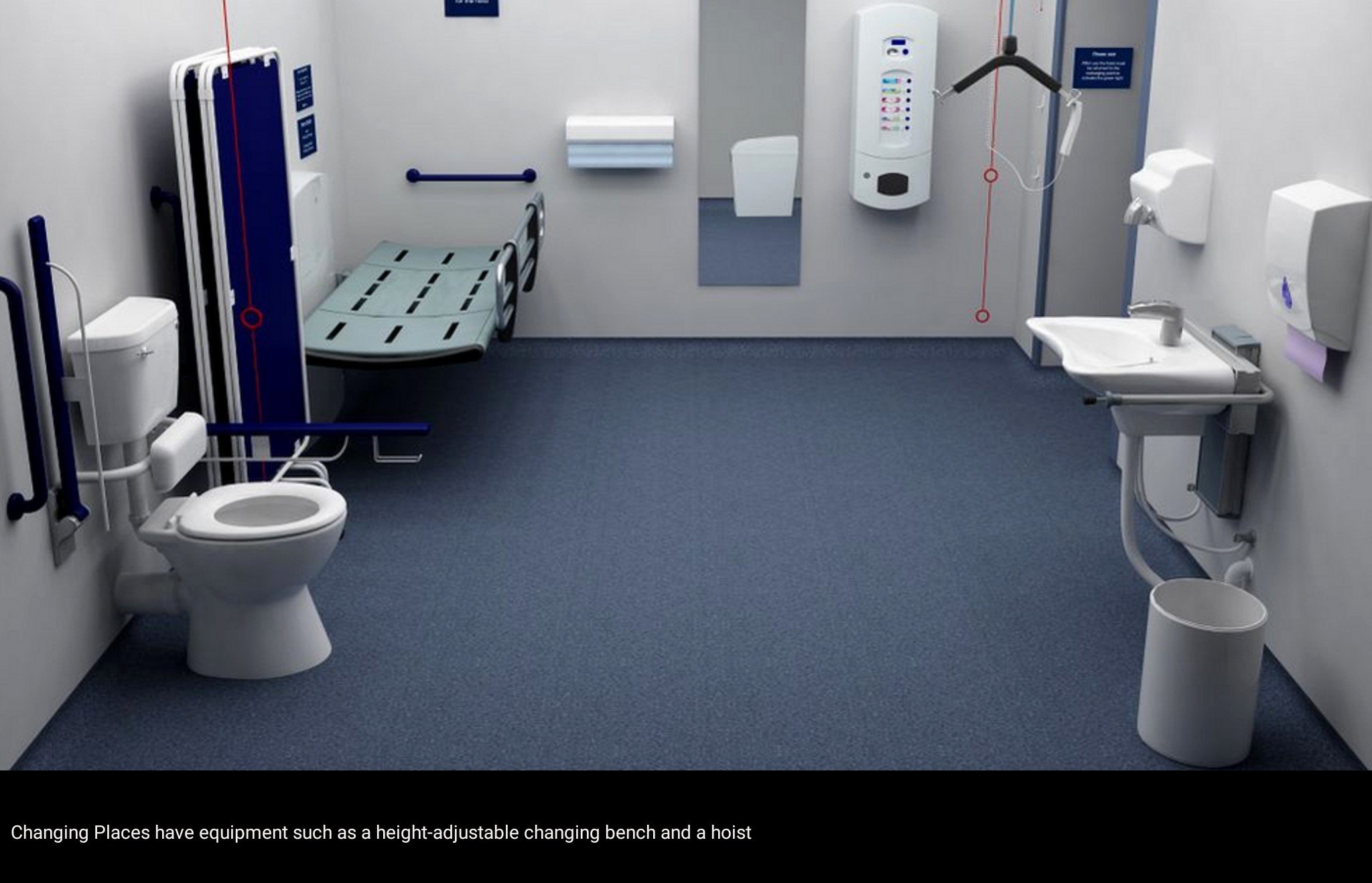 Shopping centres, supermarkets, sports and arts venues will be required to include at least one Changing Place, a government spokesman said.

The facilities include hoists, changing benches and space for carers.

Campaigner Zack Kerr said the announcement was “nothing short of life changing”.

A government spokesman said there were more than 1,400 Changing Places toilets in the UK, compared with 140 in 2007, but more were needed to support about 250,000 severely disabled people.

Many disabled people have spoken about restricting their drinking to avoid needing the toilet when they were out, risking dehydration and urinary tract infections.

Other issues include sitting in soiled clothing or dirty nappies until they find a suitable toilet or returned home, and carers having to change a disabled person on a dirty toilet floor.

“All public spaces should cater for people with disabilities so they don’t have to suffer discomfort, embarrassment, or even injury without access to a Changing Place.”

The government’s announcement will be a major change for building rules in England which now require Changing Places, which are at about 12 sq m, to be designed for new public buildings.